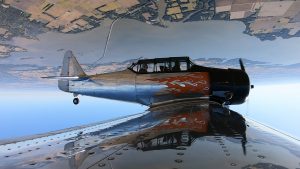 T-6D Texan
This North American Texan, now registered N97VR, Serial No. 42-84680A was built for the United States Army Air Forces (USAAF) in 1942. It was built at the North American Plant in Grand Prairie, Texas, a suburb of Dallas-Ft. Worth.

It was completely restored, being finished in 2005, and has been flying ever since, though not in it’s original military markings. 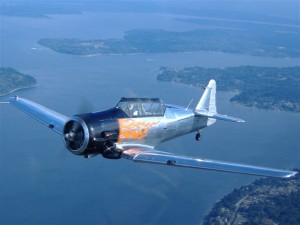 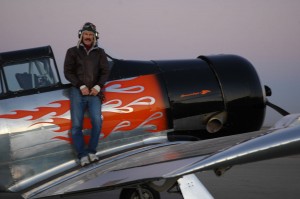